Having relaxed for a couple of days with my friends, I set off for a bit of exploring without the bike, first to Valparaiso and then to Santiago’s central district.

Valparaiso is a bohemian city on the coast, famous for being a home at one time to Pablo Neruda, the Chilean poet. It has a great feel to it, with alternative types living alongside some evident wealth, and a large smattering of tourists thrown into the mix. The city is built on some steep hills, and peppered with brightly coloured houses and a good deal of street art.

There are a series of lovingly preserved old funiculars in the city to allow people to negotiate the elevations. €0.15 was a small price to pay to save the knees on a couple of occasions.

Strolling around, I came across this novel way of polling smokers on their views outside a bar. Given the alternative vibe in the city, I was surprised at the result to the question of whether police issuing speeding tickets was an unnecessary practice or an important function. Clearly Chileans believe in speeding laws more than you would imagine,  judging by their driving! 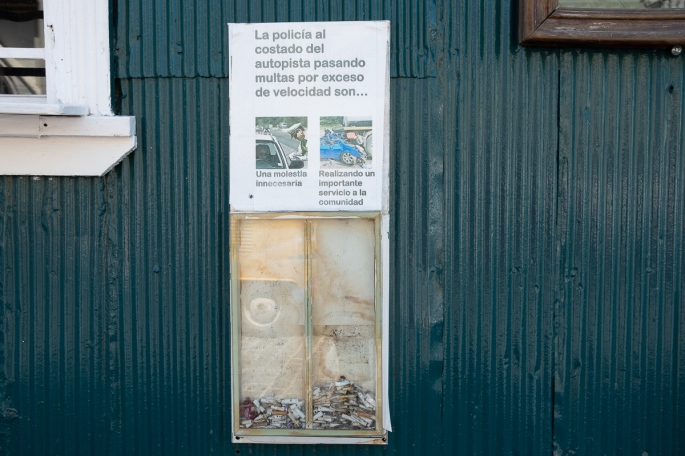 The graveyard also provided an interesting insight into local history and immigration.

Back in Santiago, I enjoyed being in a big city again. I took in some culture in galleries, and was also lucky enough to see an adaptation of ‘A Christmas Carol’ by the Santiago Ballet Company at the magnificent theatre. It was good to see some dance again, and the production was impressive.

Santiago also has an excellent transport system, so I was able to move around the city with ease.

Once back at John and Gertje’s home, I was fortunate to share Christmas with their family, and didn’t set off again until 2nd January. Having luxuriated for so long, I decided to bus my way to Temuco, as that stretch is along a main road, and apparently quite boring. From Temuco I began making my way through the rolling countryside towards the Chilean lake district. The scenery was reminiscent of Europe at times, albeit the snow-capped volcanoes in the distance served as a reminder of where I actually was.

The start of the lakes brought with it spectacular countryside, constantly changing weather, and an increasing number of touring cyclists. I teamed up for a few days with Laura, a lovely North American cyclist and we tackled a remote and challenging route which saw us cycling through spectacular countryside, wild camping and swimming in rivers of purest water.

We also experienced wild weather fluctuations – snow and bitterly cold rain one day, glorious sunshine the next. This was also when I discovered that my cunning plan of wearing rubber gloves to keep my fingers dry wasn’t really an alternative to good gloves (they keep the water out, but they transmit the bitter cold too). So much for my cunning plan to save weight and bulk in my luggage.

The road (and a ferry crossing) towards Patagonia took us to Argentina once again. It was another quiet border, with a quaint police station and hospital. 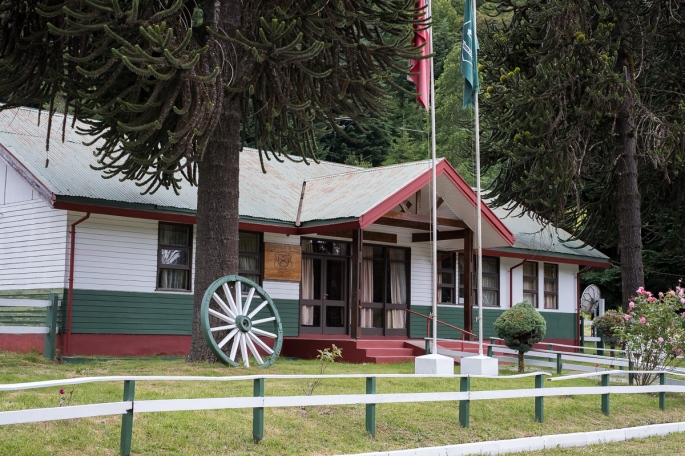 It was good to be back in Argentina, and once I arrived at San Martin de los Andes, it was exciting to be at the beginning of my Patagonian adventure. Only 3000 kms or so, some terrible roads, a few big mountains, and a heck of a lot of headwinds between me and Ushuaia now!

18 thoughts on “Santiago, Valparaiso, and the road to Patagonia”