Many of my friends have been worrying for a long time about me travelling to my next destination: Colombia. I suspect that nothing I face could be as hair-raising as last week’s adventure in Nepal; I hired a motorbike for the week.

Hiring a bike is easy, with plenty of hire shops in Kathmandu. The quality of the bike I hired, a 200 cc road bike, was excellent. The big catch is that you don’t have any vehicle insurance, so any damage to the bike is on you. Given the state of the roads, combined with the crazy driving, that’s a big catch. I’m pleased to report that the bike and I returned undamaged. The reward is that you get to ride through some spectacular scenery. 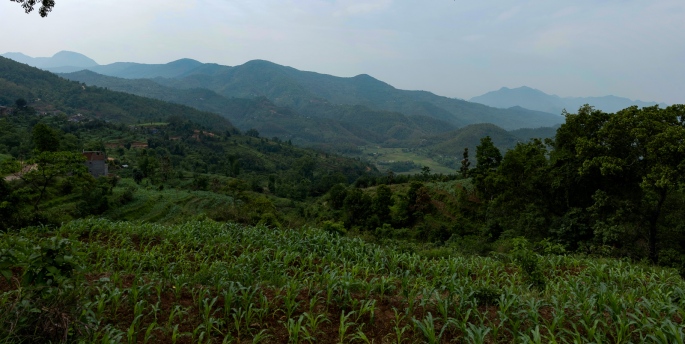 First stop was Bandipur, a stunningly well preserved Newari town which has no traffic allowed through its main streets. This makes it peaceful as well as beautiful. 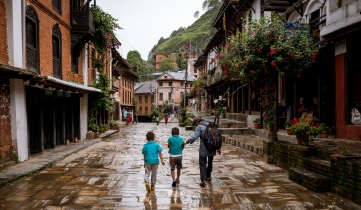 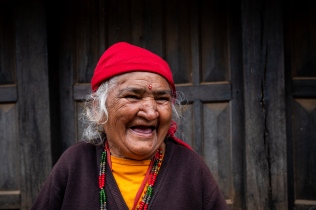 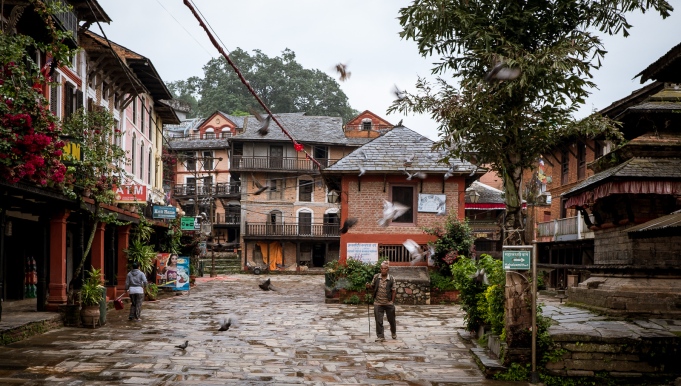 Next stop was Pokhara, a staging town for the Annapurna range of mountains, and somewhere my mother had visited often. I opted not to stay in the town, but used a hotel up in the hills. Good rest was important, given the craziness of what you experience on the roads. It’s perfectly normal for brightly coloured lorries and buses (with or without people on the roof) to overtake each other even when you’re in plain sight, as well as on blind bends. 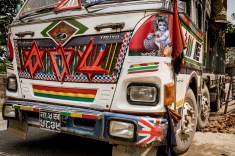 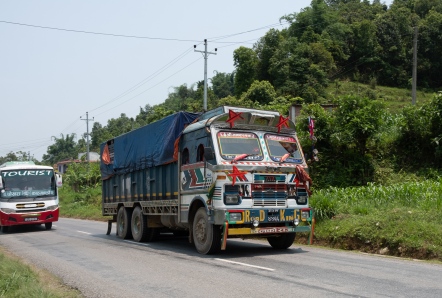 The crazy driving is perhaps explained by the quality of the instruction received when learning to drive. This clip is what I observed at a driver training center in Kathmandu.

Chitwan was the next destination. It’s in the Terai; the flatlands. Thankfully one of the major pieces of road I had to use was still partly under construction, which meant that it was blocked for anything but motorbikes. The combination of stunning scenery and new road (but without crazy traffic) made for a perfect biking day! 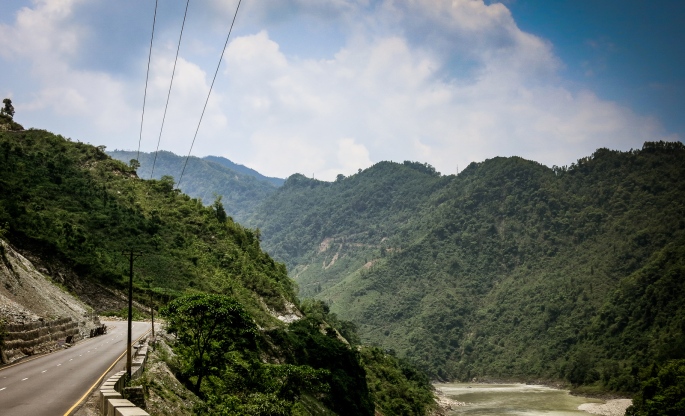 My hotel in Chitwan, the Sapana Lodge was incredible. Its owner is genuinely committed to socially responsible and sustainable tourism, as well as empowering the local community. This makes for a glorious atmosphere as the staff are very special, even by awesome Nepali hospitality and friendliness standards. Not only is the hotel very well run (you relax the minute you enter) but it also has ‘house elephants’. I had the time of my life taking part in the washing of one of these beautiful creatures. Question is, who was washing who? 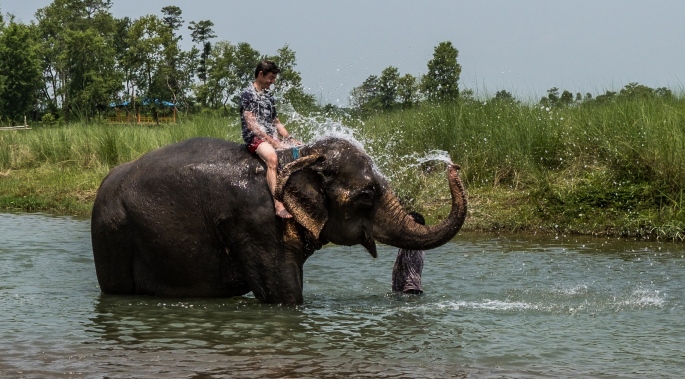 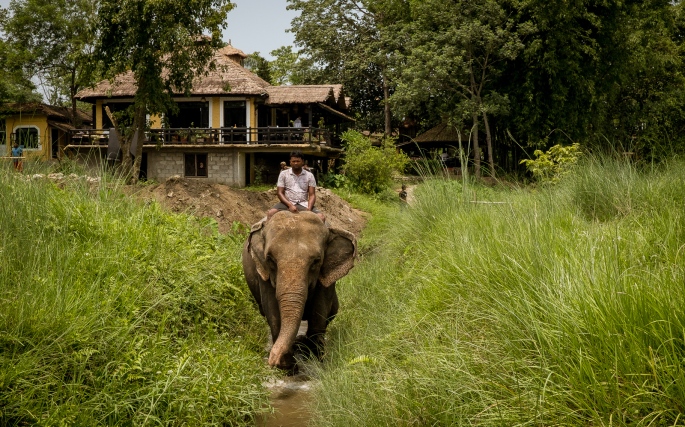 I took a day off the motorbike, and swapped it for another two wheels to have a ride around the villages in the area. It was fascinating to see local life, and as ever I was met with nothing but friendliness. 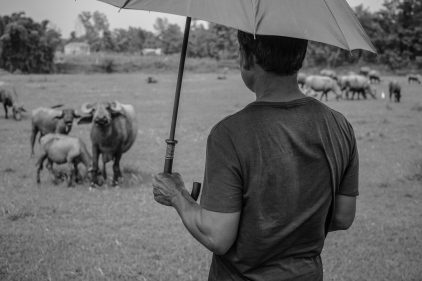 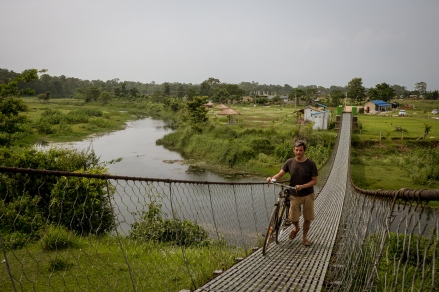 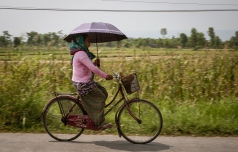 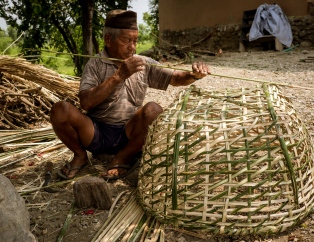 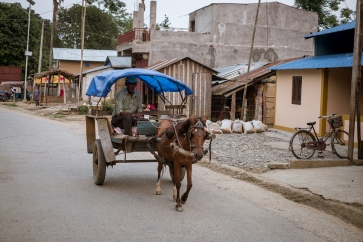 From Chitwan to Kathmandu should have been a 7 hour ride along a largely disused road, the Tribhuvan Rajpath (the King’s Road). It started off perfectly, with switchback after switchback as I quickly gained altitude. 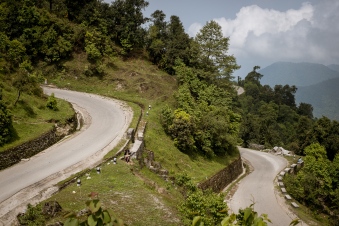 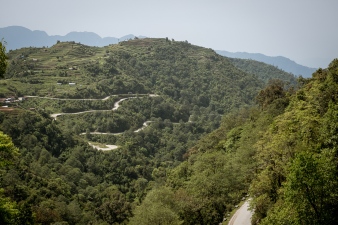 The road conditions were mixed, at times being mere rocky tracks, and passing through some tiny hamlets. 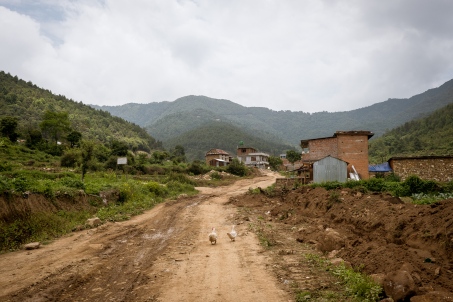 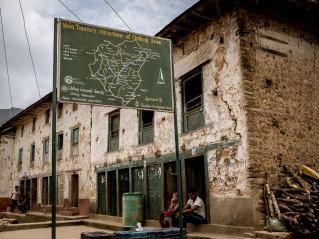 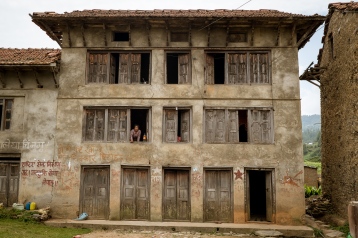 Unfortunately, as I got to 30 km from Kathmandu, I came to an unpassable obstruction through building work. There had been no warning of it, and no-one had mentioned it when I’d asked for directions. There was no way of getting through. 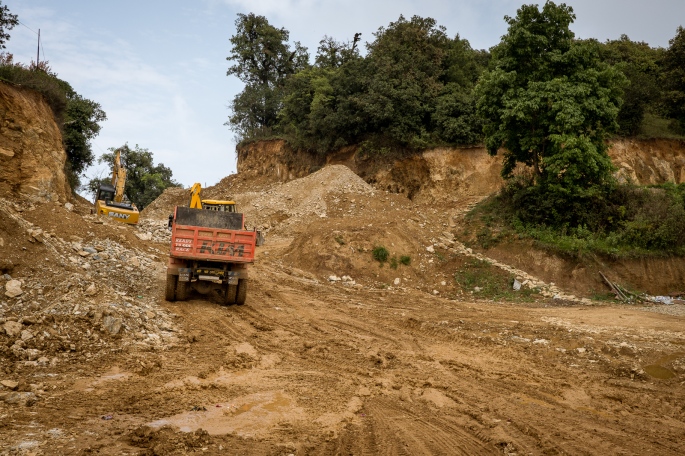 The only way round was a detour of over four hours, back-tracking on myself for about 90 mins, then taking a different, more circuitous route. This is a fact of life for many in Nepal, and they deal with it stoically. For me, it just meant another few hours in the saddle. It did make me very grateful indeed to get back to Kathmandu in one piece, grinning from ear to ear at the awesome week I’d had.